Protect your appliances and electronics. Whole-Home Surge protection saves you money and gives you peace of mind. 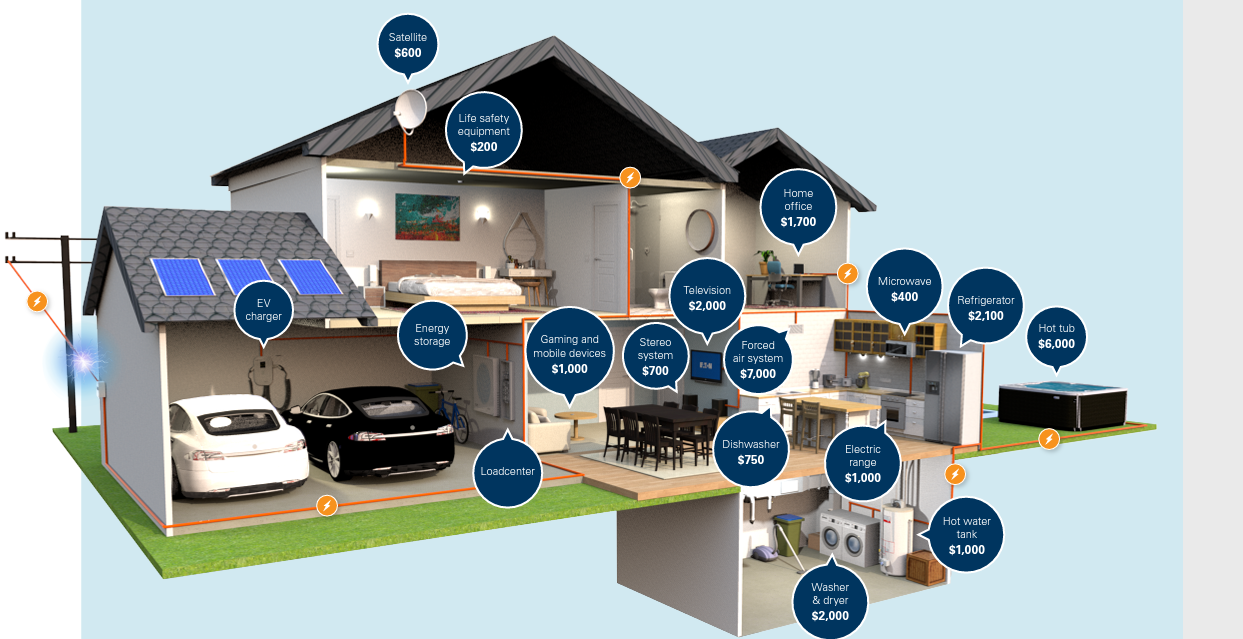 Many homeowners are familiar with surge protection, but not enough actually use it in their homes. You may be wondering what surge protection even is and if it is necessary. The most basic explanation is this: a surge protector prevents your electronic devices and appliances from experiencing damaging surges. This may lead to yet even more questions.

What is a surge and why is it dangerous?

A surge is essentially a spike in your electrical current. This spike is short-lived, lasting around one thousandth of a second, however don’t let its fleeting nature deceive you. A spike has enough power to ruin your electronics and devices.

What Causes a Power Surge?

If you are familiar with power surges, then you’ve probably been told that lighting is the most common cause. It might be the most well-known cause, but you’re more likely to experience a surge when your refrigerator, air conditioner or portable heater switches on. This is because they require a great deal of power. When switched on, they experience a short yet high demand for power, resulting in an upset of the electrical flow. Alone a surge like this will not destroy your beloved electronics and appliances. Over time, however, surges will slowly damage components, which can eventually lead to the demise of your home electronics and appliances.

Other leading causes of power surges are tripped circuit breakers, faulty wiring, downed power lines and problems with the utility company’s lines. If the problem lies within your electrical system, schedule an appointment with our licensed electricians as soon as possible. 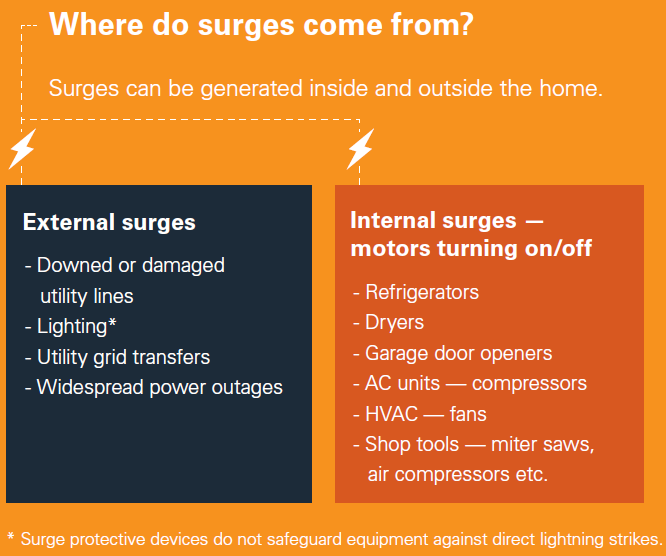 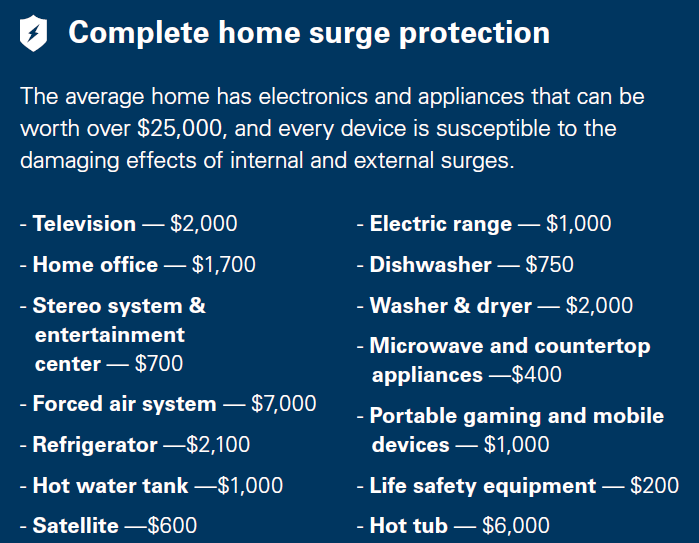 1. Primary Surge Protectors – Large in size and installed where the power lines and building meet. Given its sheer size, it carries substantial power. It can also use a building’s internal ground wires to maximize performance.

2. Secondary Type Surge Protector – Significantly smaller in size and plugged into electrical outlets. Because they are smaller, they also hold less power than their primary surge protector counterpart. However, their compact size makes it easier to use and relocate.

4. Uninterrupted Power Supply Surge Protectors – A type of secondary surge protector that comes in several kinds and styles. It can be a power strip or one with just a single outlet. Whatever type you choose, all are battery-operated. This battery is essential as it keeps your devices powered when a surge happens. Other surge protectors cut off power to your devices, but an uninterrupted power supply surge protector kicks in when there is a surge.

Recently changes to the electrical code in the United States made surge protection mandatory. The history of the Canadian Electrical Code has always consider the changes made the NEC.

The rational for the change:

“The surge requirement change is all about usability; the NEC has made the requirement easier to navigate and implement, which increases the likelihood of proper installation.

Protecting people is table stakes and a key driver for surge protection clarification and expansion. The requirements provide for life safety products like AFCIs, GFCIs, smoke detectors and other protection devices. But I could make an argument that the Code goes beyond life safety to include protection of property. Loss isn’t always devastating; something as small a losing a TV or appliance to surge isn’t life-threatening, but it is a nuisance. Insurance companies take the brunt of surge losses. While insurance companies don’t often publish payout amounts due to proprietary information, my best guess is that it’s millions of dollars. This, of course, results in higher insurance premiums paid by homeowners, something these requirement changes look to help prevent.”

Leading causes of power surges are tripped circuit breakers, faulty wiring, downed power lines, and problems with the utility company’s lines. If the problem lies within your electrical system, you will need a certified electrician to review it. Here are 4 ways to protect your electronics and appliances from costly surges:

Call For a Quote:

Space HeatersSpace heaters are great way to warm any space temporarily, but improper use will only cause issues with breakers.  Don't be left in the dark, check out these reources to resolve common power issues and  more ...Space heaters are a convenient way to make...

Aluminum WiringNot all pigtail methods are created equal when remediating your aluminum wiring. Learn the pros and cons of CSA approved methodsWith over 90 years of combined service experience, our trained and certified electricians are ready to solve all your...

Why are my lights flickering?There are many reasons that your electrical system may not be operating properly. Flickering lights can have many causes.With over 90 years of combined service experience, our trained and certified electricians are ready to solve all your...

The average number of cloud-to-ground lightning flashes per year in Canada is 2.25 million.

When is it time to change your Electrical Panel?

It's a question that no one likes to ask, but we all think about it from time to time. Is it time for me to replace my electrical panel? No one knows the answer better than a certified electrician! There are a few signs that might indicate your electrical panel is on its last leg and needs replaced.

Why are my lights flickering?

We often get calls from customers asking why their lights are flickering. This can be normal because of inclement weather or can be caused by a breakdown in your electrical system.

Why have I lost power in part of my home?

If your home was built between the 1960s and early 1970s, it is likely your home has aluminum wiring throughout its branch circuits. Homes built after the mid-1970s were built using copper wiring.

But is it safe?

Why do I need an electrician?

24/7 Electric™ is pleased to announce we are authorized dealers of Gemstone® Lights.

Our trained installers are licensed and insured, ready to enhance your home with permanent outdoor LED lighting. The hidden track design is easily secured to the fascia or soffit and the sleek low voltage HUB is installed on the exterior of the home. Let Us Brighten Your Day®